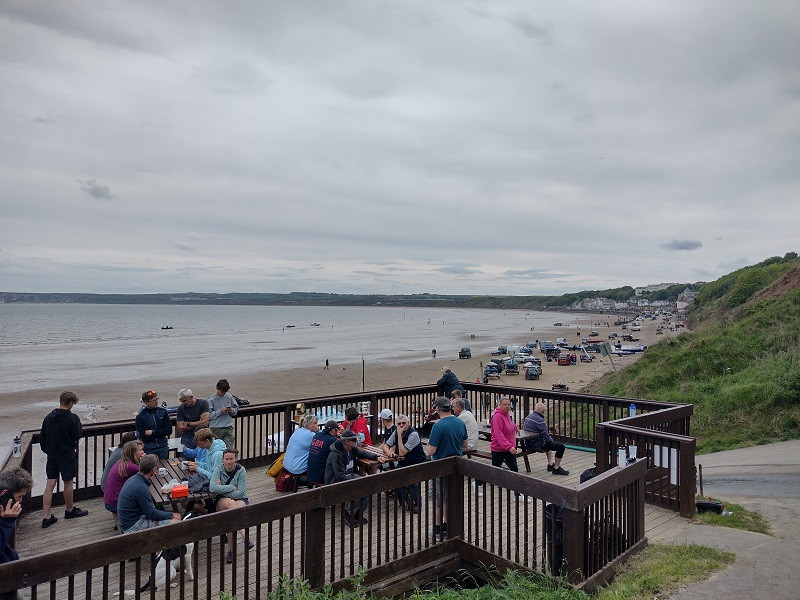 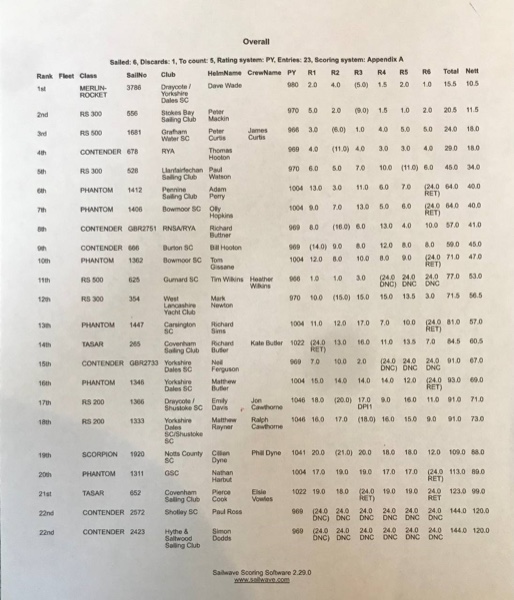 Filey Sailing Club hosted the third leg of the RS 400 Northern Tour over the weekend of 21-22 May 2022 as part of the sailing club’s annual regatta.

The competitors were blessed with sunshine and a force 3 – 4 south westerly breeze on arrival, some excellent organisation and race management over the weekend meant that the 3 race back-to-back format worked well, with prompt starts and little wait time between races.

The starboard bias start line in the first race and the eagerness of several sailors attempting to get on pin, led to boats being forced upwind of the committee boat and for those that got across the line, several had to take their penalty turns. Ollie Groves and Esther Parkhurst kept clear of the pandemonium and had a comfortable lead at the first mark which they extended over the remainder of the race. Jacob Ainsworth and Kayleigh Roberts showed good pace to head the rest of the fleet taking second place from Neil and Ian Parkhurst who finished in third.